September is a transition month here. Our first frost is scheduled for the 26 but in this picture (taken on Sept. 3rd) you can see it’s still summer. It might not be obvious, under that jungle is the aspen logs raised bed. I was curious about how tomatoes would grow if left to themselves. Well, they grow in a tangled mess! We still had more than we could eat. That’s comfrey on the right 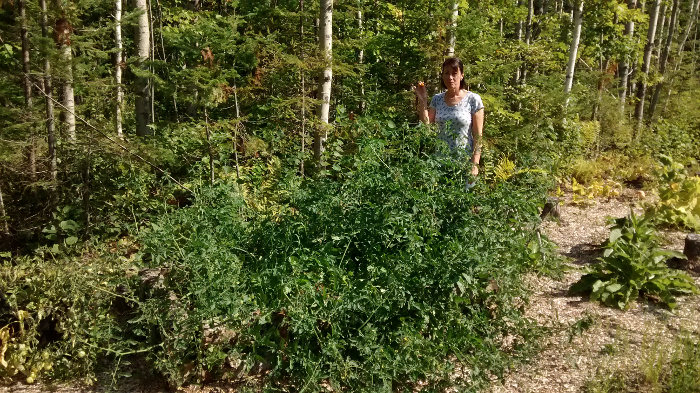 My woman doesn’t visit my garden often. The bugs, and now the chicken shit don’t suit her. Can’t blame her and I don’t mind. But those little tomatoes got her out. There are tomato plants scattered here and there. Lots of them! So harvesting tomatoes is as much walking as it is picking. It was nice to walk the garden and fill that basket. That’s a crippled pepper in the smart pot. That didn’t go anywhere. I love that pot but I don’t know if it’s poison. Probably. Behind the pot is the main patch of buckwheat. It’s hard to tell how much there is because the flowers are so messy. The seeds mature gradually so you’ve got the whole spectrum of ripeness and you’ve got aborts mixed into the lot. 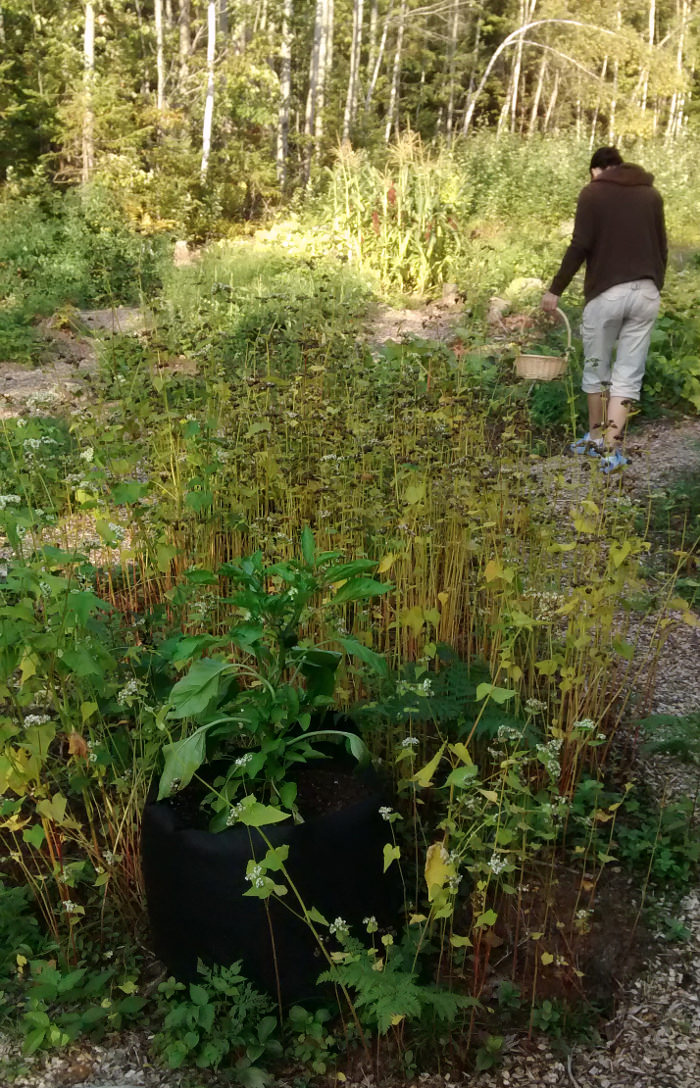 It was my first time growing corn so it’s difficult to say if things were good or not. There were ears and they were filling up. I like the contrast between the corn and amaranth. 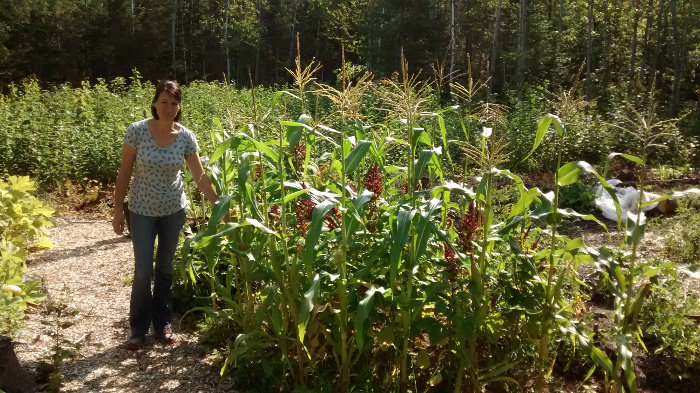 This was an unexpected surprise. There is a crab apple tree in front of where I live and this year it produced a lot! I’ll have to research how to take cuttings and bring some into the garden. So many!! 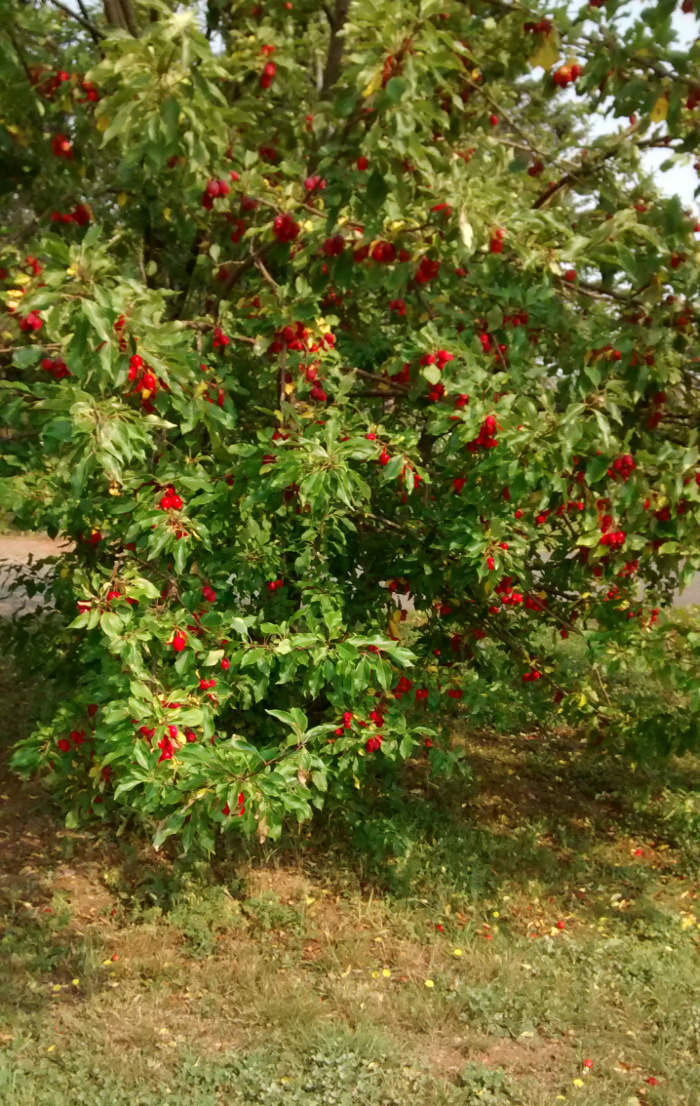 I harvested several pounds and made jelly with them. Of all the different jellies I make crab apple jelly is my favorite. Now its not a choice anymore, I need to grow these! 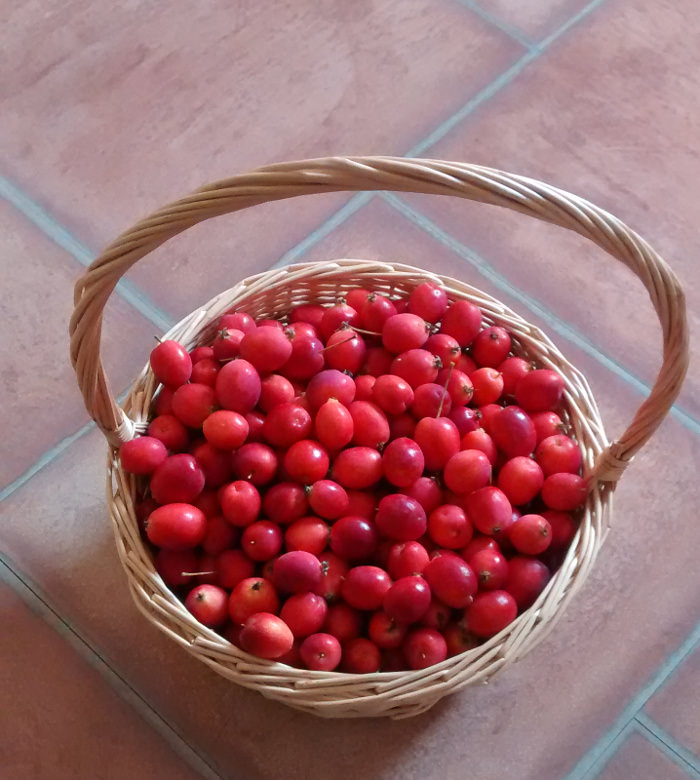 I pulled all the garlic on the 14th. Google says: “too early and they’ll be small, too late and they won’t keep”. They were pretty small compared with what I’m used to so… Well see. I forgot what varieties were planted except Music which gave me the fattest bulbs. 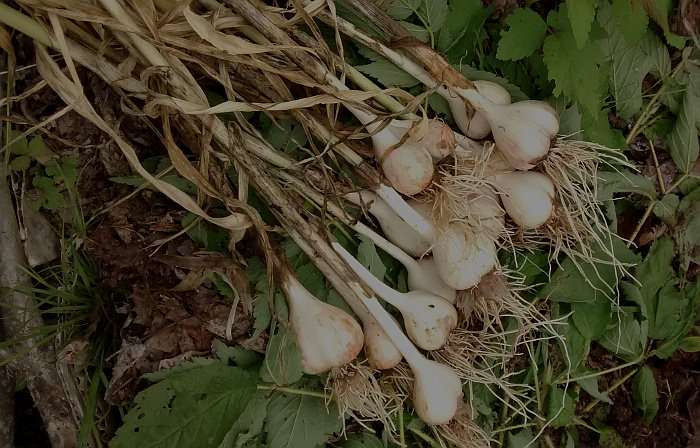 This is the end of the chickpea patch. And another tomato jungle. I’m satisfied with this experiment and I’m confident that I can do much better next year. Halfway through the harvest I happened to lick my thumb, it tasted tart! Yum! I licked my fingers clean. I had to do some research about this and found a very good blog post about black chickpeas. The plants secrete tartness! But there is oxalic acid in the mix so better be reasonable. Pea pods make you pee rocks. I’m not designed to pee rocks. 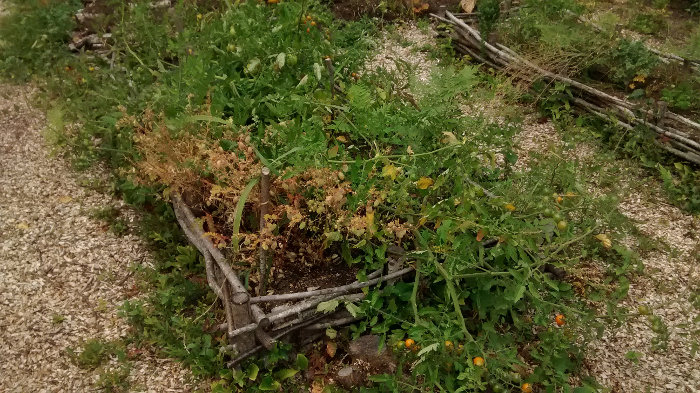 If you’ve read a couple of my posts you probably noticed I find everything beautiful in my garden. Germinating chickpeas? I don’t care too so much about them. Chickpea is such a lewd plant lol (or maybe it’s me). A plant with feminine flowers, masculine seeds and that sweats tartness. What a strange plant. Next year I’m gonna make hummus! 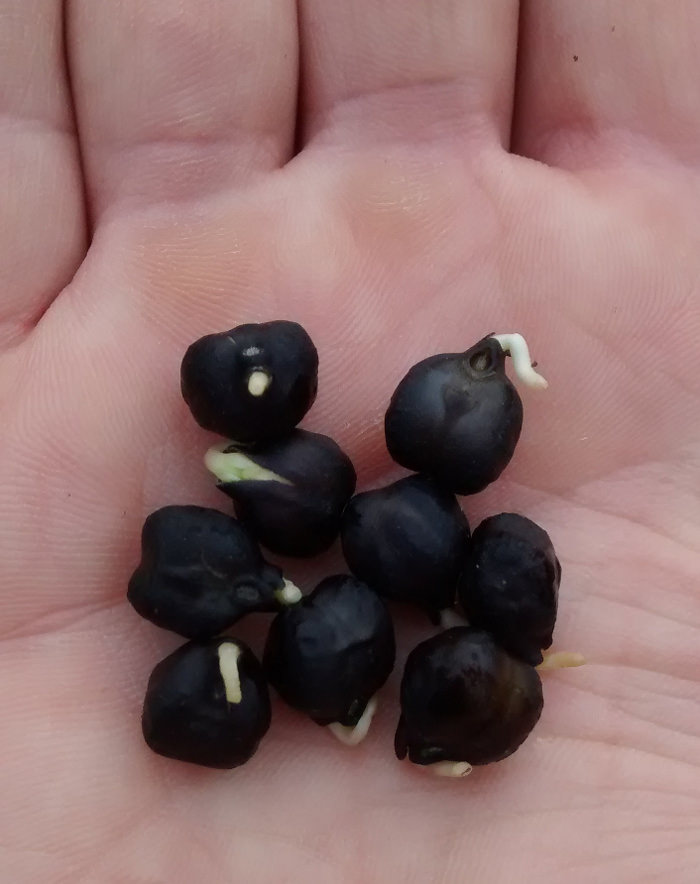 This shy little plant is summer savory. I think… I shouldn’t have waited this long to write this post I’m forgetting stuff. Savory was planted while I was distracted. It was late in the season and I was busy elsewhere in the garden. This plant should not have been scattered around. They were so small that I just lost them and forgot about them. 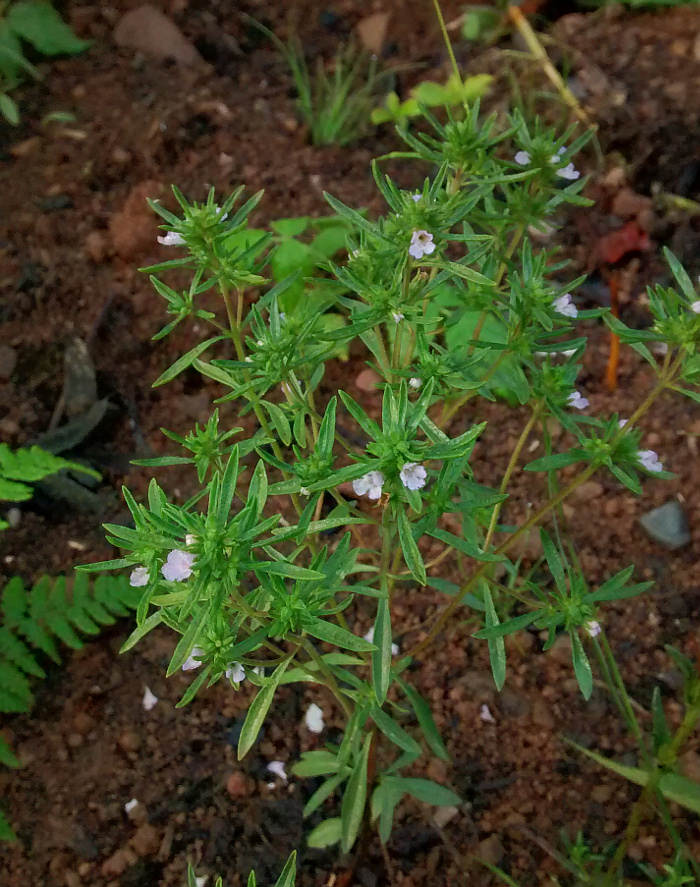 After a while I still managed to get two reasonable bunch of the spice. I hanged them with the grains in the wood shed. A couple of days later I discovered that they had molded. It’s not often that I get mad especially in my garden but that night I was pissed. I did manage to save enough for me but I planned on giving this as gifts. 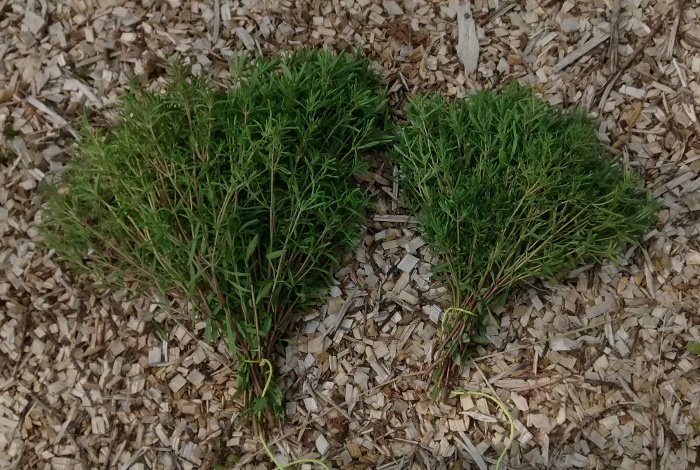 The rotten savory got me worried about the grain but it was ok. When the grain was hanged the weather was still hot and dry. By the time I harvested savory the nights were much cooler and damp. Next year I’ll know.