I’ve decided to build myself a garden robot. Most robots I’ve read about are boring. I want a sky robot like the one in Miyazaki’s Laputa movie.

This project will probably never come to anything useful but that won’t stop me from trying. I named the robot Pazu. 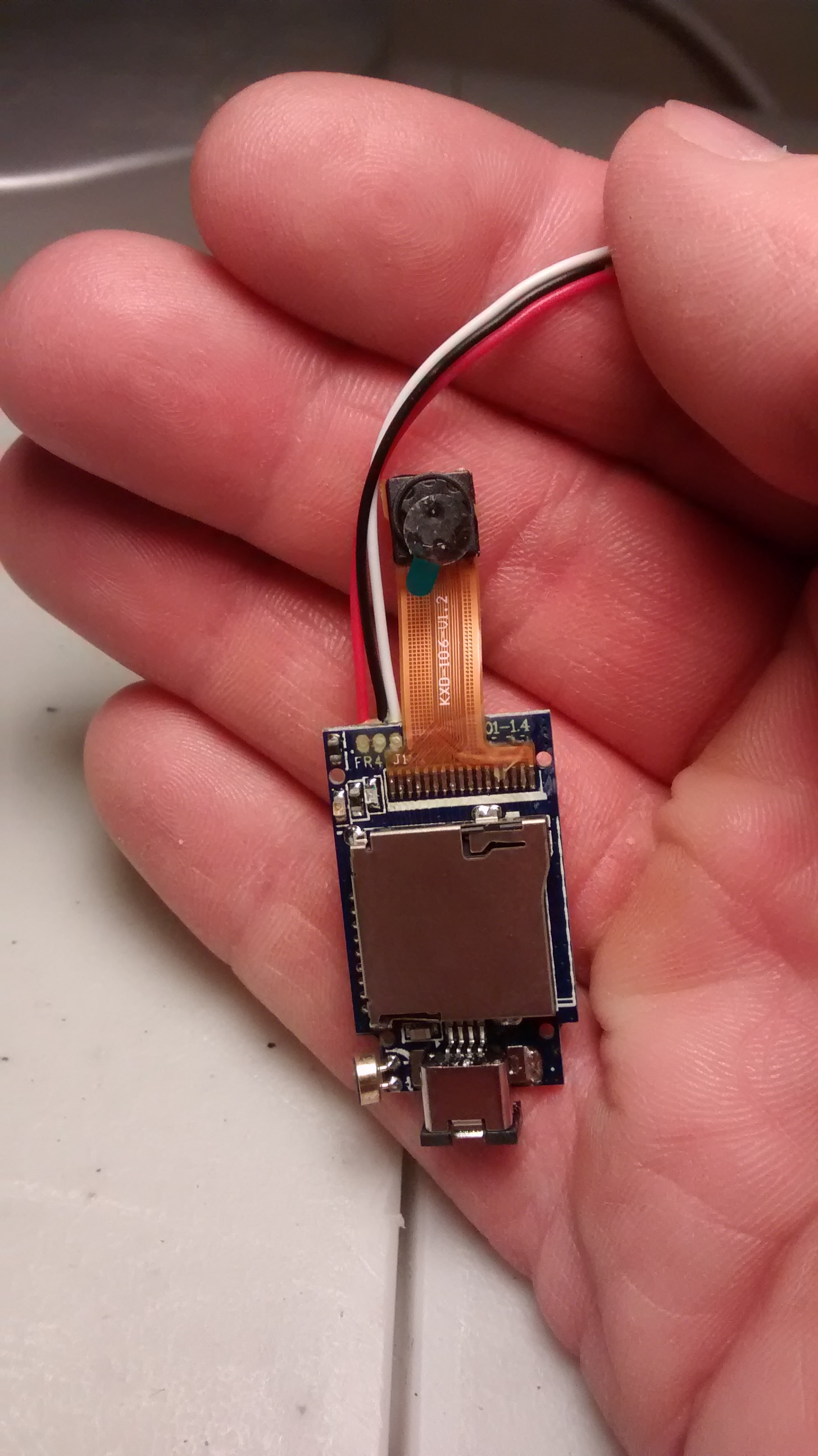 This is the mini spy camera from Adafruit. This is the first one I got, the same one that’s pictured on their website. I bought two more but they are not the same as this one. They don’t have the white lettering near the camera module and there is no black thingy between the two LEDs.  Unfortunately I feel the new ones were of lesser quality, they will feedback power through the cables when plugged in and I’ve had problems running them from the 3v pin. Anyway, I’ve got lots more things to try before I understand what’s going on.

I don’t really know what I’m doing (a recurring theme) but the Adafruit projects around the mini camera are fun, relatively easy and a good starting point. The camera is controlled by the Trinket. What a cute little board! 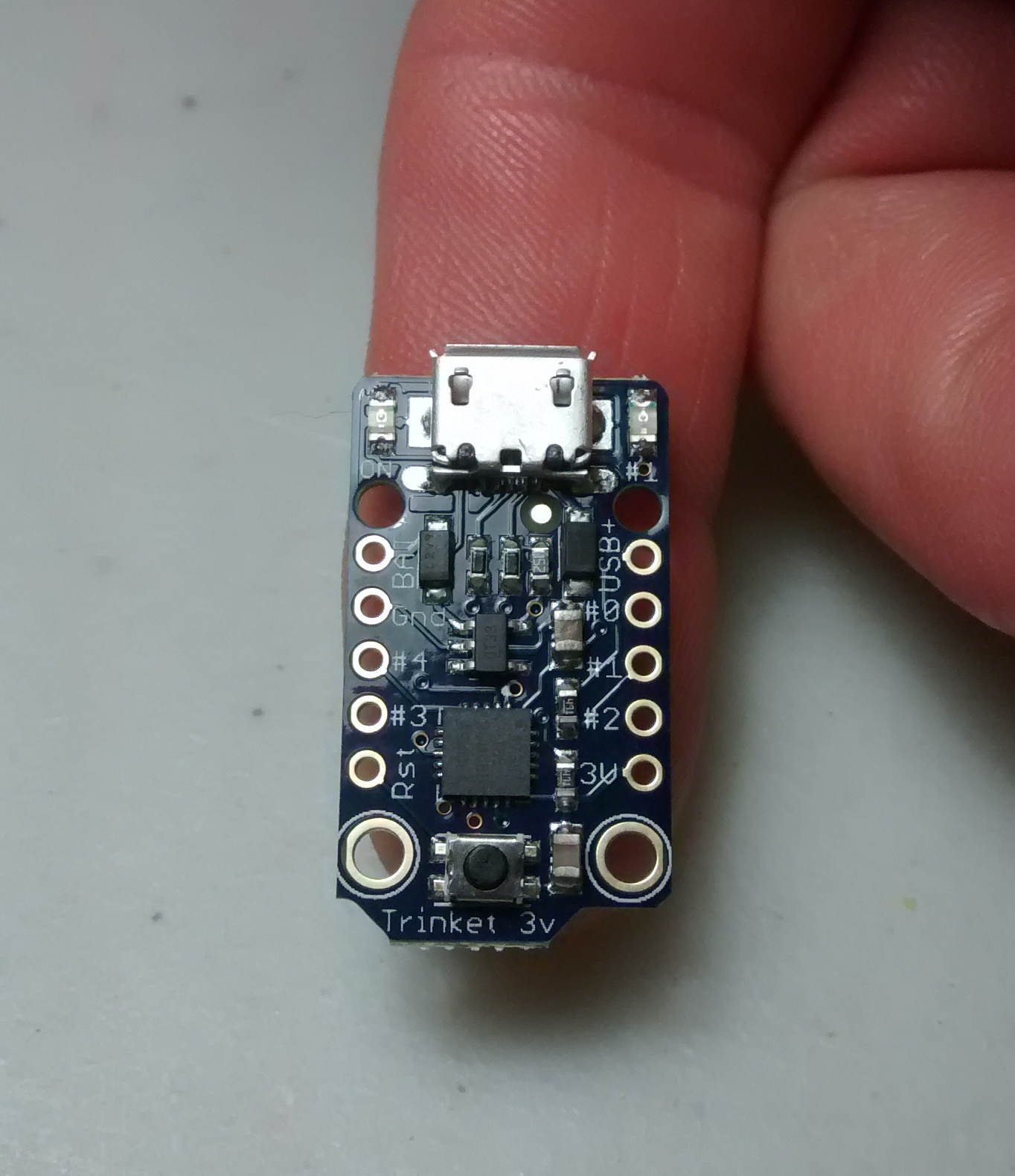 Turns out the Trinket can be a pain in the ass if you’re on Linux. Adafruit warns about this but I usually buy on impulses and found out too late. I have one machine that dual boots but still, having to power up Windows to program the board sucks. Being impatient I tested the camera on a UNO board. 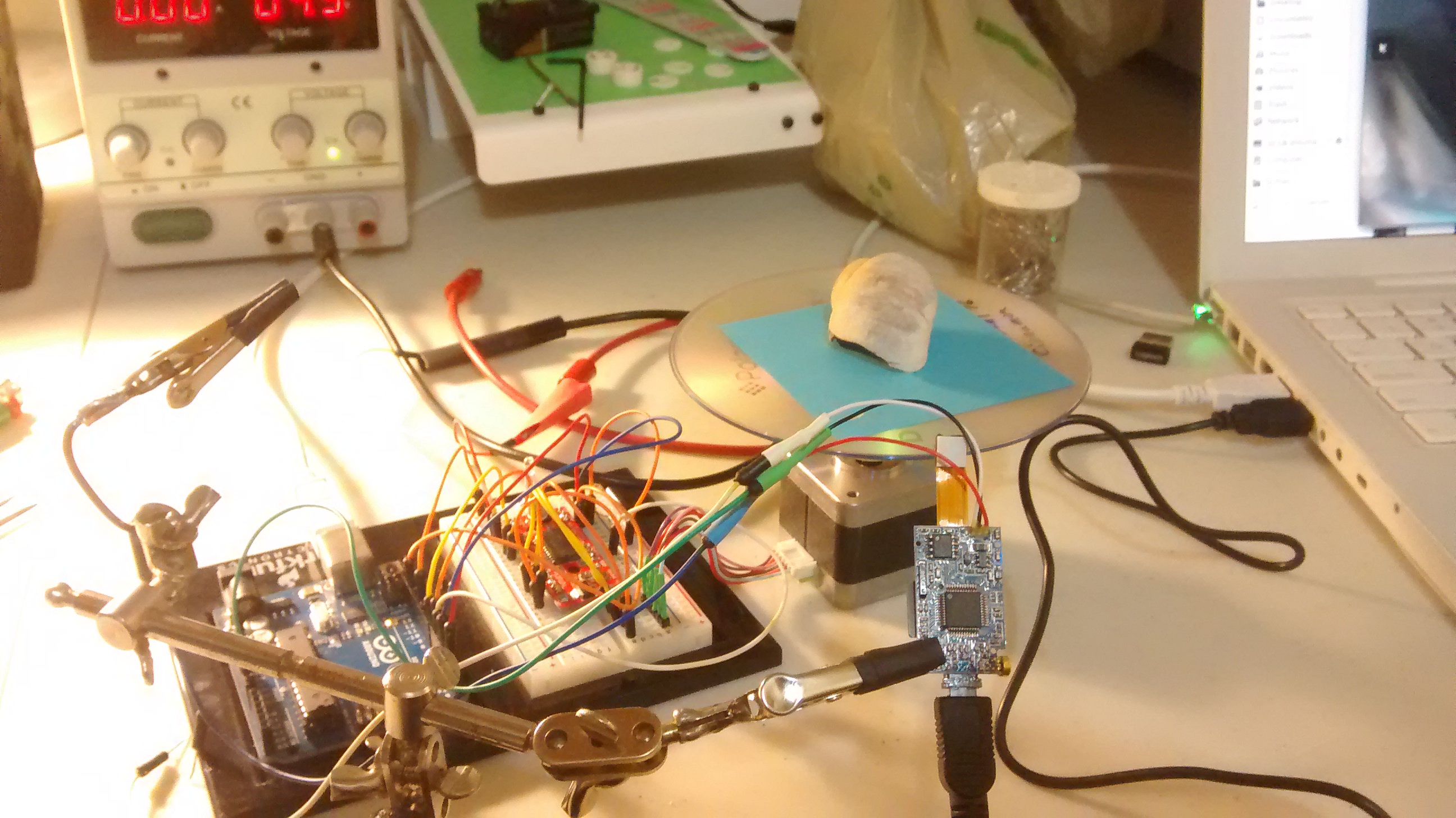 At the time I was still unsure on what project I wanted to work on. The setup used to test the camera was an experiment at making an automated turn table for macro photo stop motion. Here you can see the setup in action. Nice but not good enough for macro.
I mothballed the turn table and got back to Pazu. I started working on a case for the camera so that Pazu can see outside the lab.  I’ll stop here for now.

Next: Making a Robot Eye