This is the corn and amaranth patch. The corn variety is Ashworth/Rat Selected from Hope Seeds. I confess I chose that one for its name. The compost pile was running low when the plot was made so it’s mostly soil from the forest. My farmer friend’s corn was only half as tall at the time of the picture. 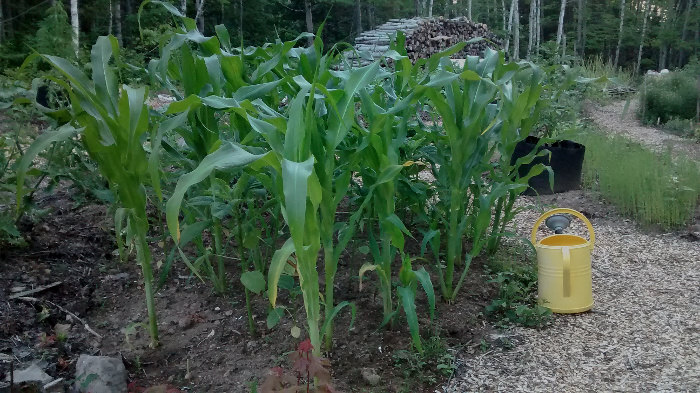 I’m not familiar with the names of corn parts and when I see the word tassel I think Elvis. English is funny sometimes. I was told to detassel to get bigger ears. After some research I thought it best to leave them alone. For the first few weeks I watered frequently. As the leaves started to shade the ground the need for water went down. 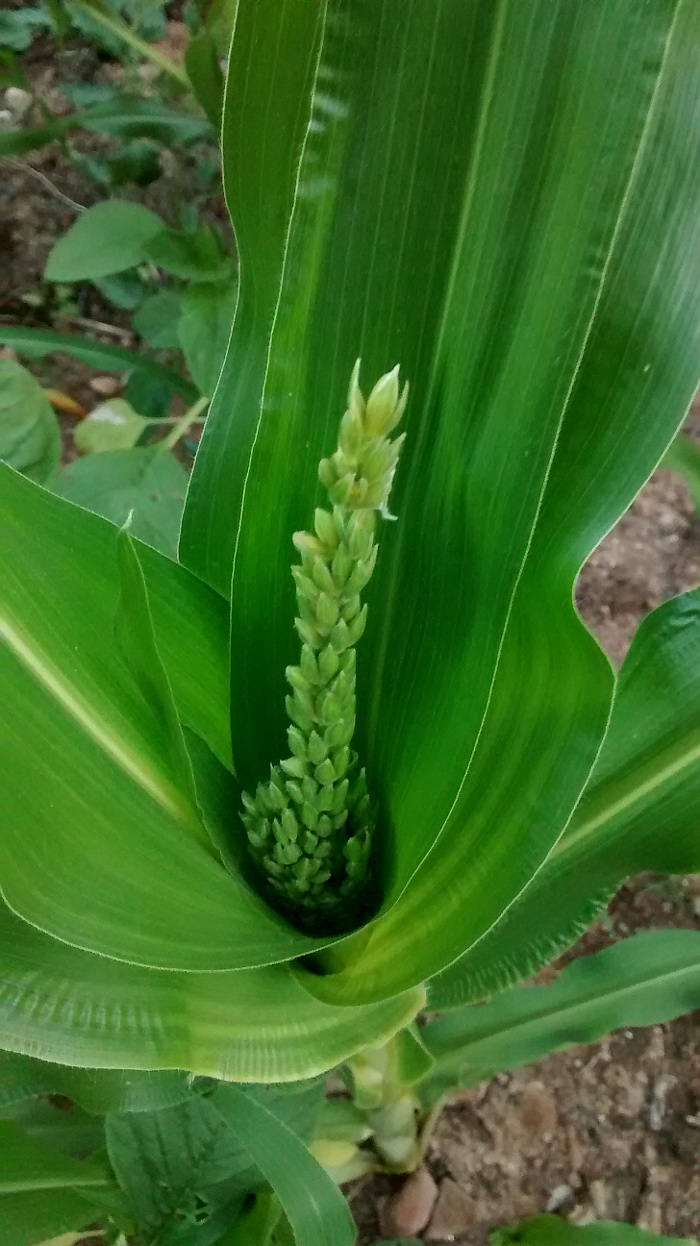 With all the plants growing in the garden I just didn’t have the time to research them all. I had no idea how corn would develop or even how it would look. The brace roots were a surprise, like fingers digging into the earth. It’s funny how little I know even about common stuff like corn. But I did recognize this! 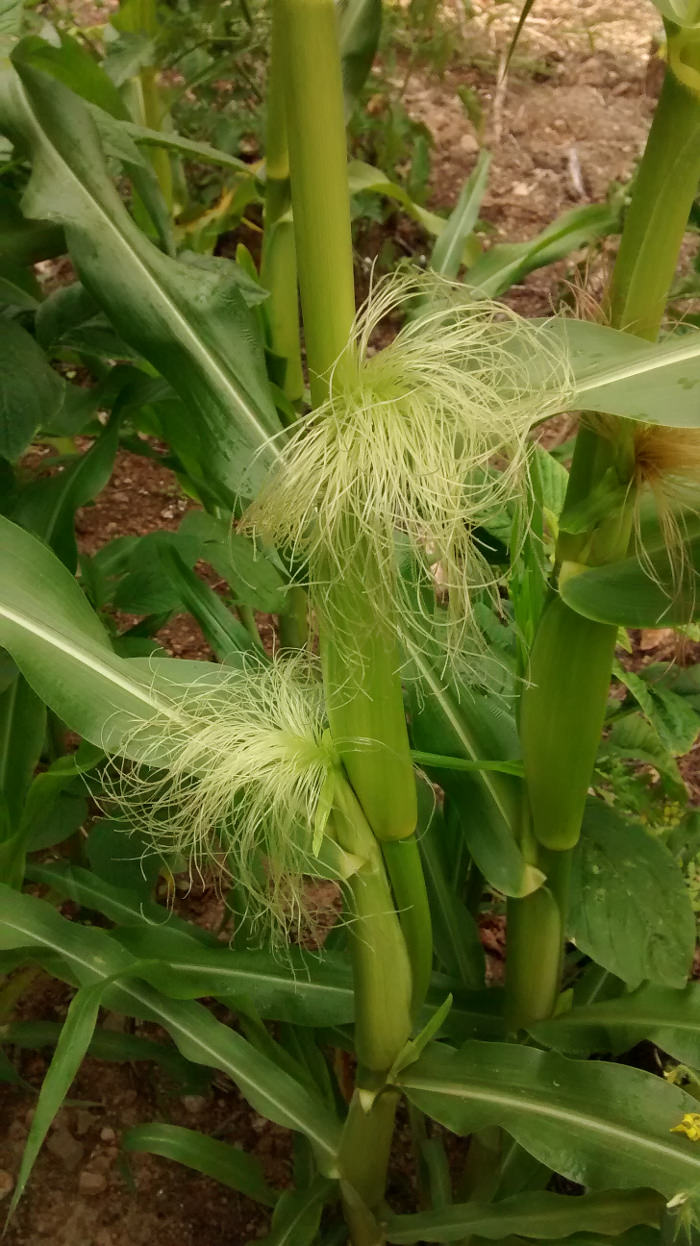 Can corn be mulched?
Google answers:
“Corn plants have many roots close to the surface, so cultivate around them with care. You can hill soil up around the base of plants as they grow to bury small weeds in the row and give the corn a better foothold. After the soil has warmed, you can mulch corn to help suppress weeds and retain moisture.”
http://www.gardening.cornell.edu/homegardening/scene05f6.html

Next year I’ll do better.

This is “grain amaranth” from Richters. They were planted between the corn rows. The seeds are very small so I sprinkled a pinch here and there. They were a bit slow to start. At first the young leaves have color in them and as the plant grows the color drains from the leaves to the flowers. I didn’t taste the leaves… why?? 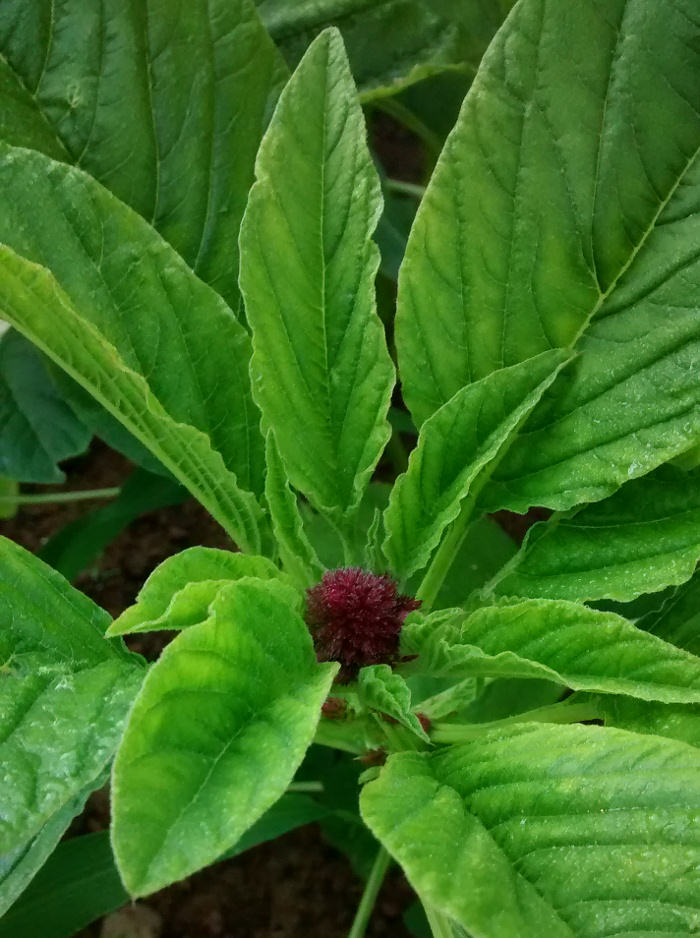 The chickpeas are also changing color.  Do you know the difference between a chickpea and a garbanzo bean? I didn’t, so I asked Google. Now I know but I won’t share lol 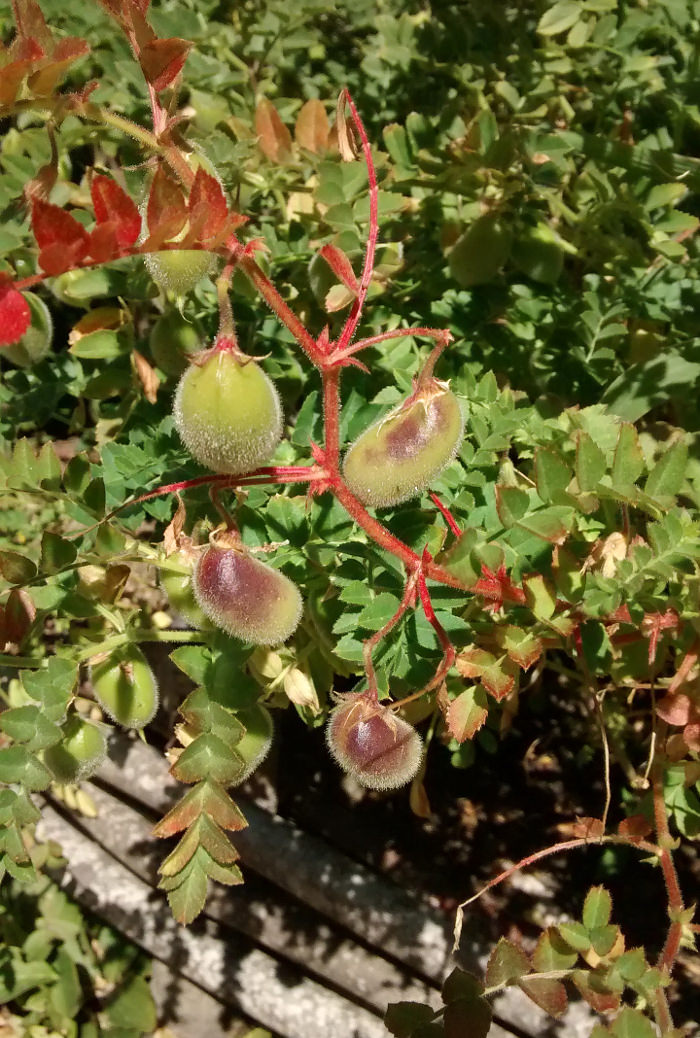 Not able to resist I opened a pod. Two peas in a pod. The peas are actually light colored, it’s only the skin that is black. And they taste like uncooked peas so we are in business 🙂 That skin is tough! 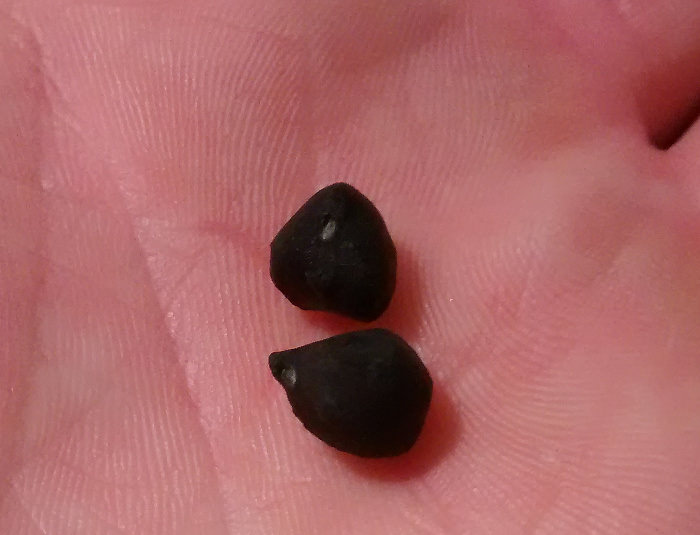 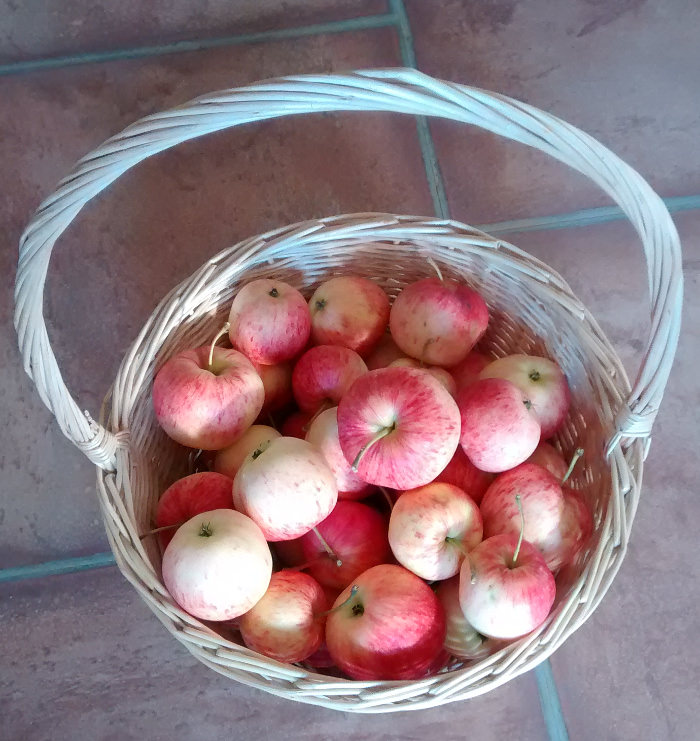