July is a mixture of work and delight. Sometimes life is so good that it would be rude not to stop and relax. On those days I like take out the good camera. I don’t know if a post on cameras is relevant here on permies but I sure would like to write one. Mine is a beautiful machine. There was this poll on the most useful tools, a camera is definitely one of the most important tool in my arsenal. It gives me more than images, it gives me memories, stored feelings. It forces me to pay attention. The more I look, the more I see and my love for the land deepens. Ultimately this is what keeps me going.

An intimate view of a kale flower. Pak choy flowers look very similar. After some research I learned that Canola is a close relative to Red Russian Kale, maybe closer than Pak choy (napus vs rapa). There is so much I don’t know… 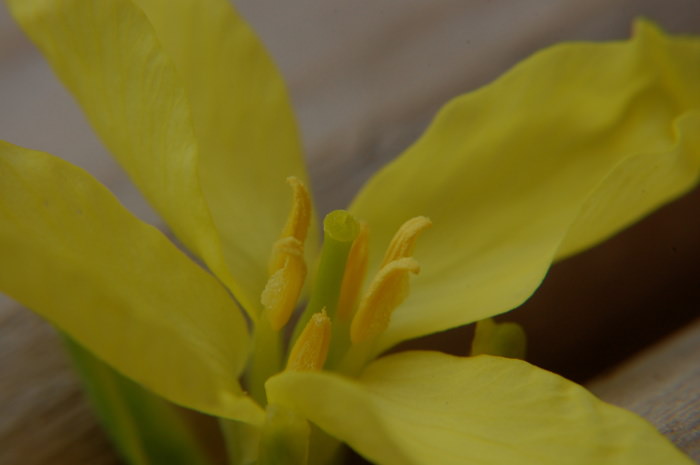 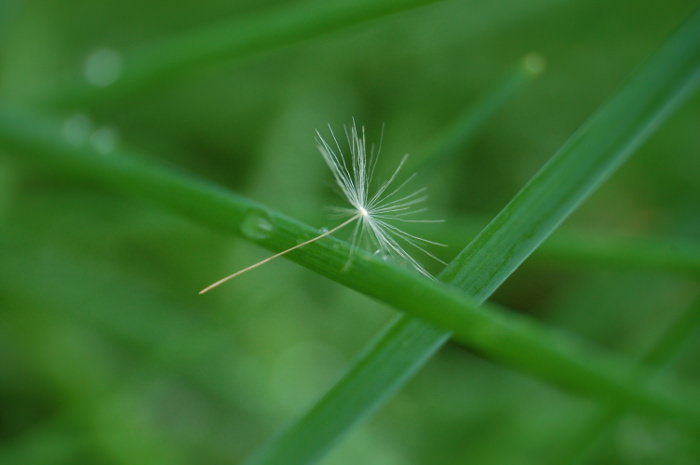 The chive in my garden flowers later than the one planted by my father’s house. I’ve read somewhere that chive flowers have a “delicate onion flavor”. Hum, I wonder if that person had blind taste buds because when I tasted mine it was more like being hit in the face with a baseball bat. 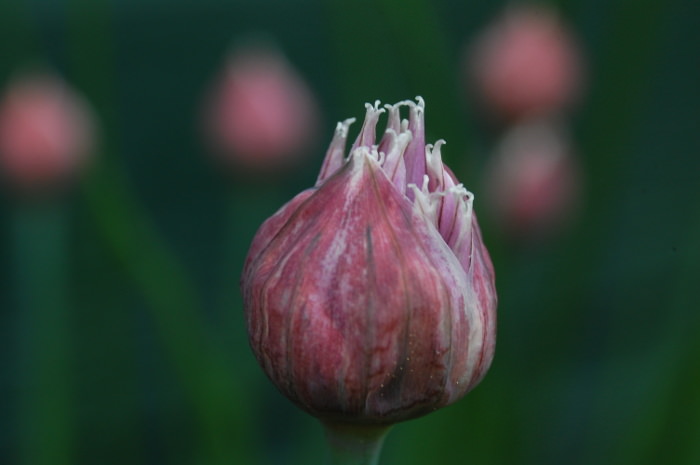 Swallowtails sucking on rocks. I’ll keep an eye out for caterpillars this year, found on birch, cherry and aspen trees. Ash doesn’t grow on my land. 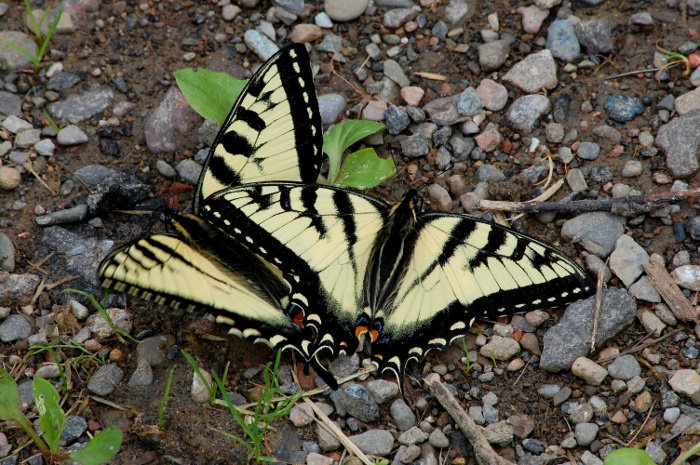 Woodpecker with his catch (Sphyrapicus varius?) 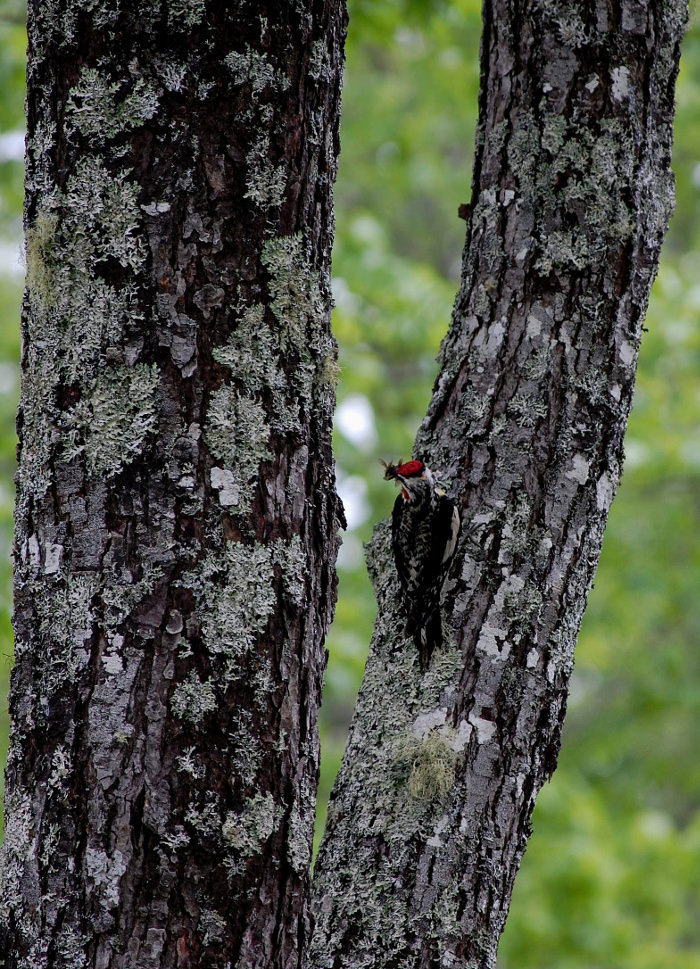 Back to work. I’ve been warned that my coop wasn’t secure, this should do the trick. Hardware cloth is not fun to work with. Watch out for the eyes! 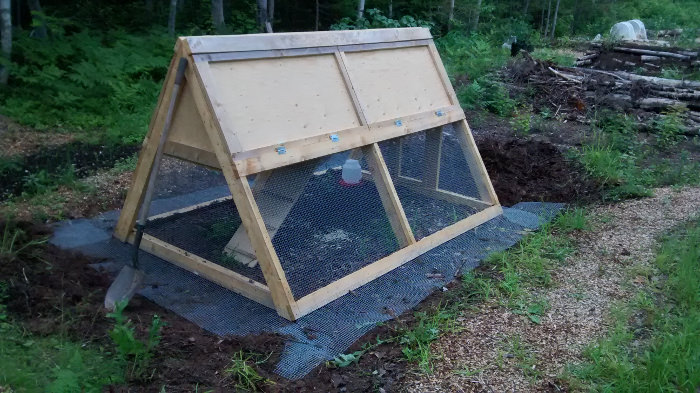 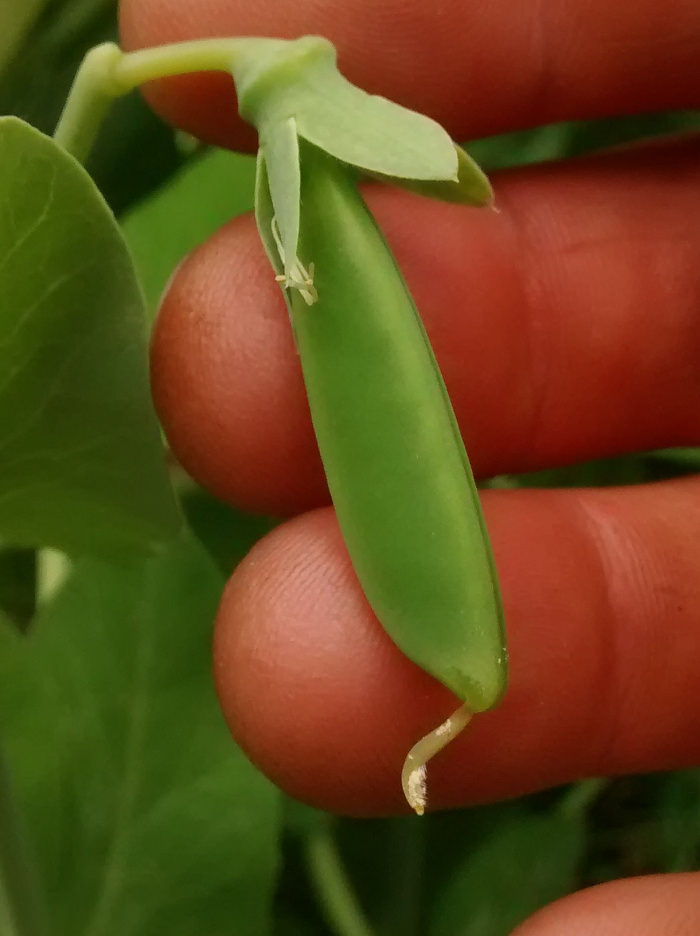 These are either Sweetie or Sun Gold. I never really liked the taste of tomatoes until I tasted Sun Gold back in 2006. On an impulse I had quit everything and travelled all the way to British Columbia. I spent many months on an organic farm where the lady farmer was growing these little jewels. Now 10 years later I am excited to taste them tomatoes again. 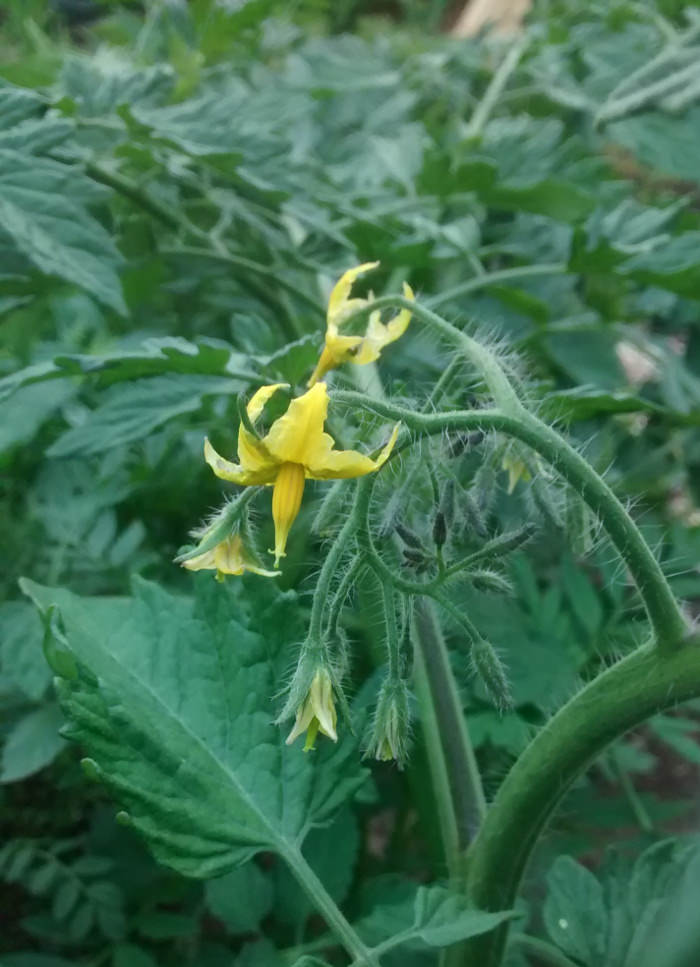 Hello! I thought they would never come.
Expect the worst and you’ll never be disappointed. 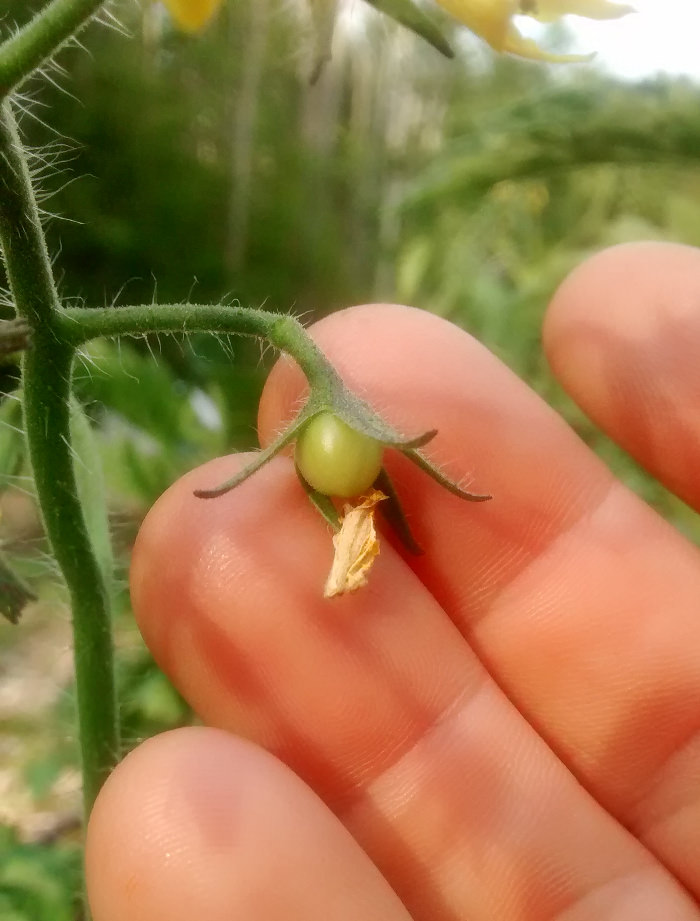 Chickpeas – Cicer arietinum. The pods are strange, maybe some tiny alien will pop out on a moonless night. When you are inexperienced it is difficult to decide how much you need to plant. One day I opened a pod and there were two peas in it. I guess I’ll need lots more than 12 plants to make my own hummus. I should take a closer look at those hairs. 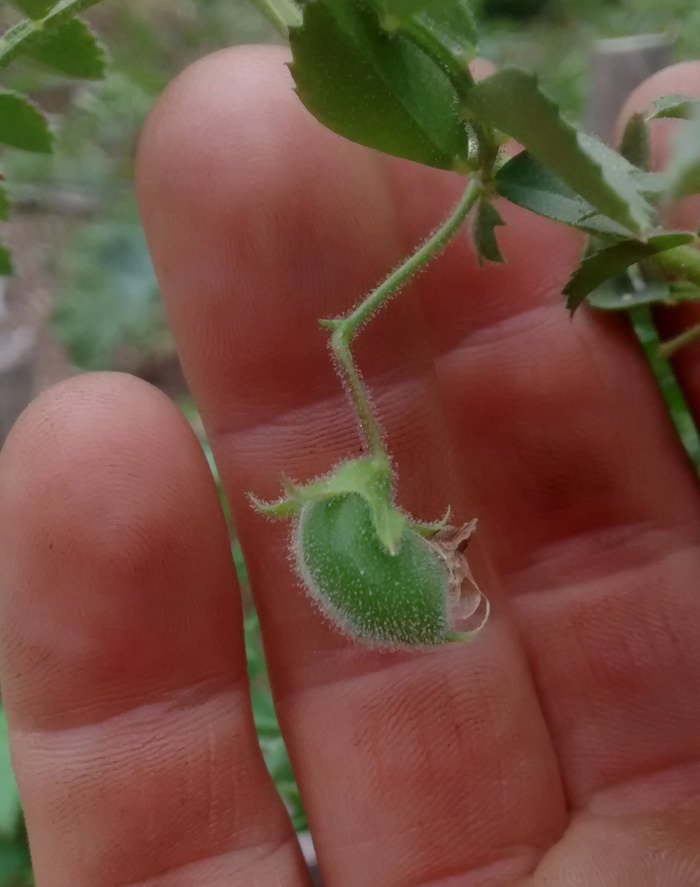 Mid-July view of the garden