March is a beautiful month around here. It’s especially nice when you can lose the winter coat. We usually celebrate with wieners, marshmallows and beer. 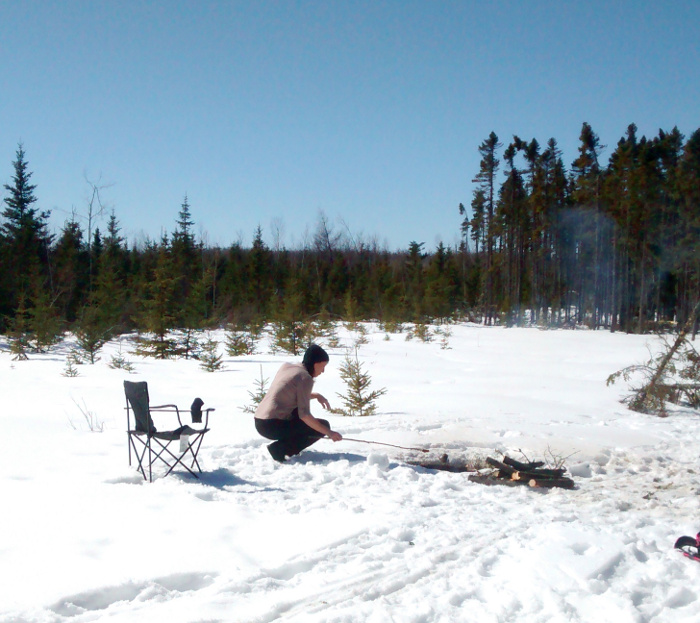 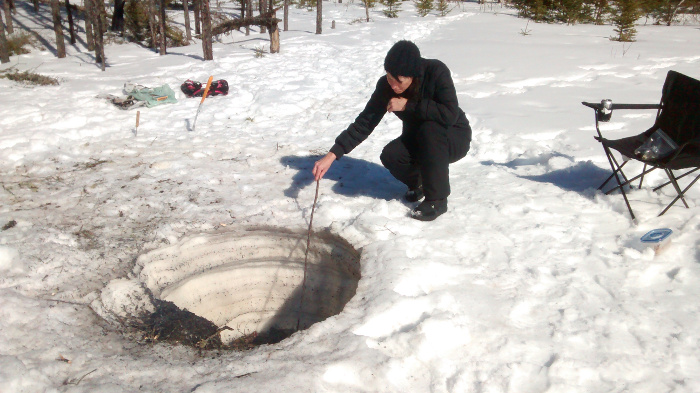 You can see the ice storms in the layers. Kind of an inverted ice core. “ice core” in french is “carotte de glace”, ice carrot, I find that funny 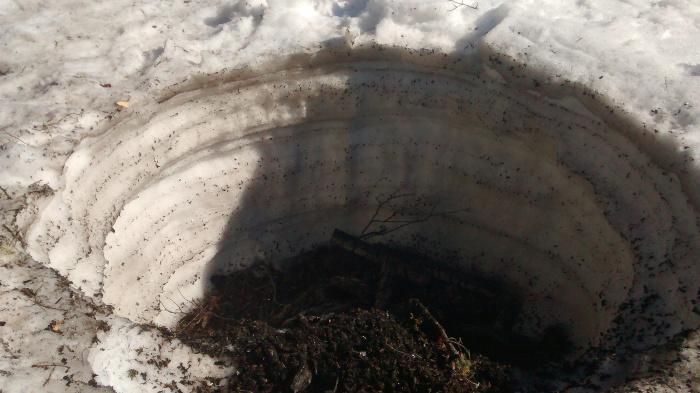 The place is one of my favorite spots. Sphagnum moss grows there and small, old black spruce trees. One day I decided to dig under the moss and all I could find was clay. Unfortunately it seems it isn’t suitable for pottery. Maybe I could use it for cob but I’m not keen on digging up big holes on my land. 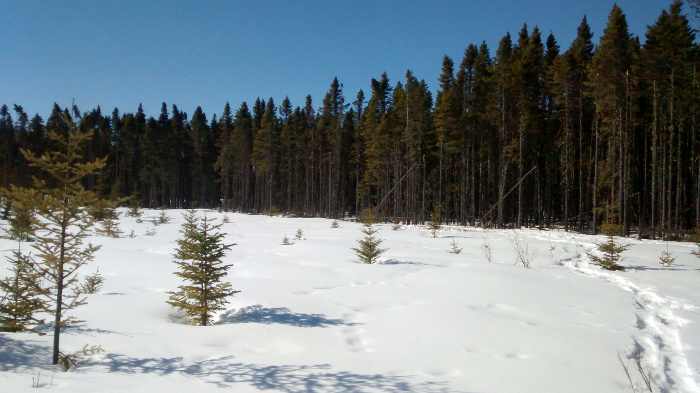 The trees are left overs from a clear cut that was done before we got the land. I guess the loggers deemed they weren’t worth the trouble. My father once asked a forester what could be done with them and the guy answered that they were useless except maybe to the birds. yeah…

I love the trees, they burn for a long time (the wood being so dense) they make great poles, they are slow to rot and they give me resin nuggets that smell like Christmas. I’ve also read about chewing gum, turpentine, rosin and spruce ale. Maybe one day I’ll have the time to experiment with black spruce and prove that guy wrong.

April is when I got the Itch. I hate the Itch, especially when I can’t scratch it. I’ve always been obsessive and when I can’t get relief I usually end up spending money.  I bought several books and spent lots of time online. I ended up ordering around 70 different plants and 5 types of willows (25 cuttings).

My cousin sent me that video from Justin Rhodes where he follows this nomadic gardener. That’s the first time I saw soil blockers and I had to try them. I got the 3/4″ and the 2″ blockers from Lee Valley.

On the 15th I finally got to play in the dirt again. I pressed hundreds of little soil blocks and planted them all. 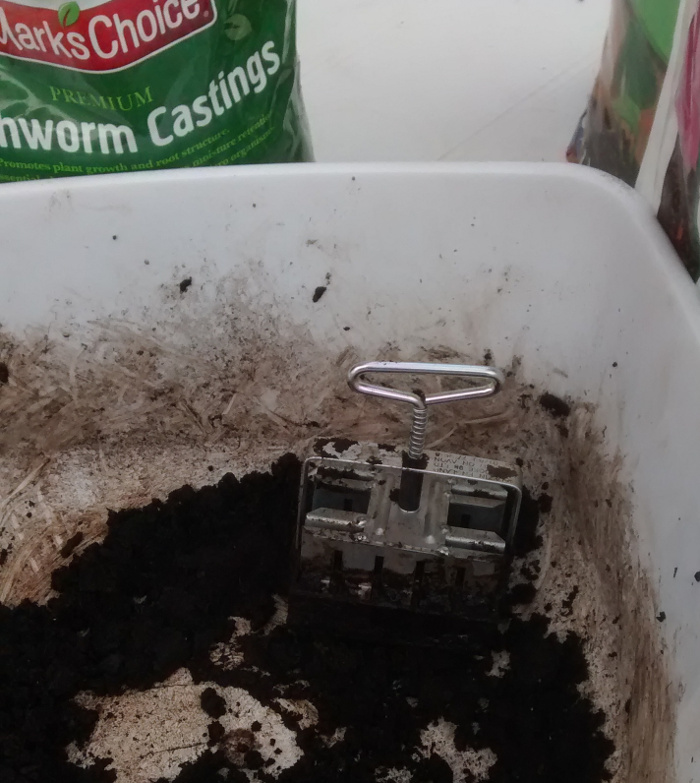 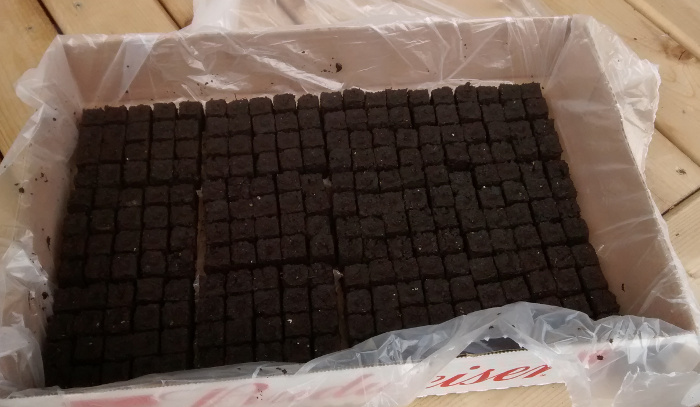 On the 22nd some seedlings were getting leggy so I put them under lights. I have several lights (two HPS, one MH and one LED) from another project, growing The-Plant-That-Must-Not-Be-Named. 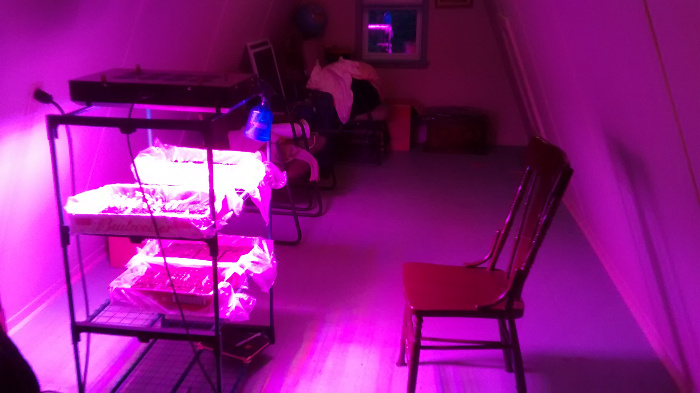 Eventually it got too hot and humid inside the house so on the 26th everything was moved to the garage. It got real close to freezing at night and many plants suffered. Next year I’d like to build myself a heated germination bed. 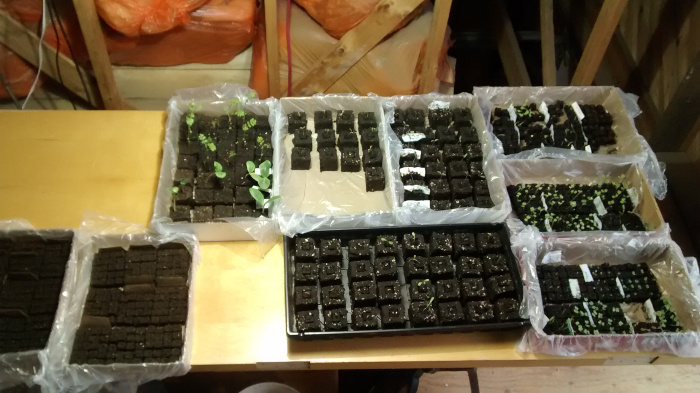 The blocks worked well and soon I ran out of space. 2″ blocks take roughly 10 times the space of the 3/4″ ones. I realized how much work would be needed to pull this off. I had lots of plants and no garden to plant them in.

Those soil blockers are fun but I wish they were taller. I’m thinking about selling them and making my own from pipes and cans.

On the 30th I noticed Kale growing back in the old garden and that made me feel real good. 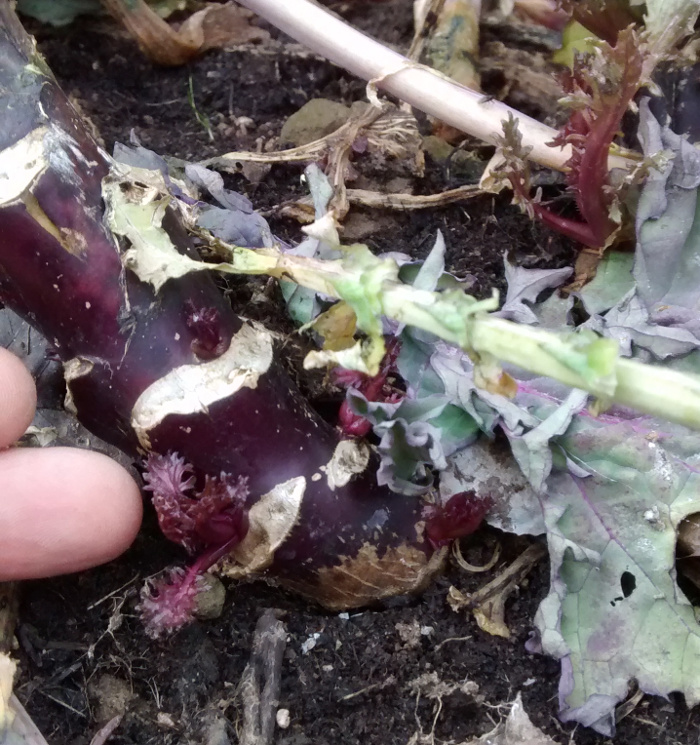 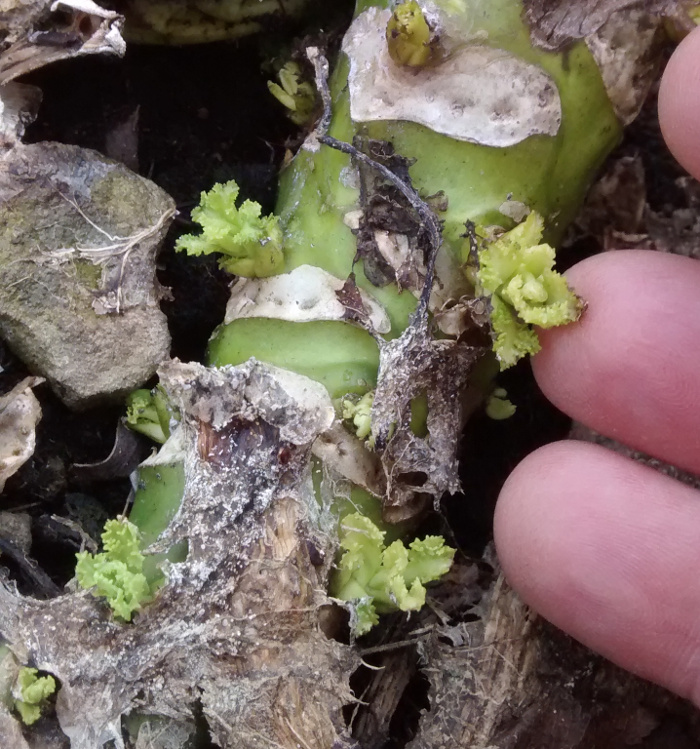 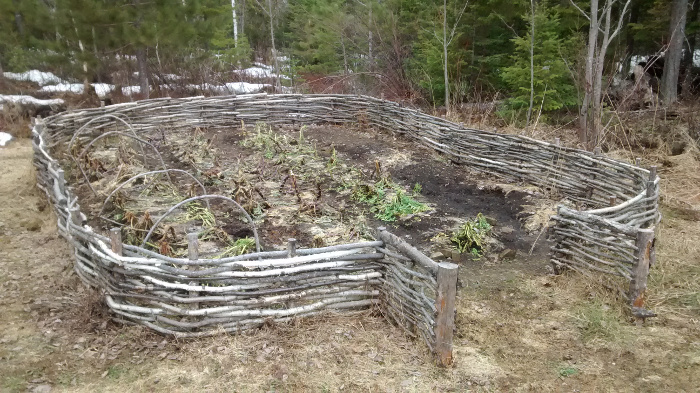