In 2015 I planted my first garden. I borrowed my father’s rototiller, cleared a  patch of dirt behind his house and planted kale, beans, sunflowers, tomatoes, basil and peas. Yum!

Every day I’d go and look at how things were progressing and things were not  progressing very fast. Beans don’t care that you want them NOW. That was my first lesson: a garden will teach you patience.

Of course I couldn’t just stand there waiting. I was so full of energy and had to do something!  To let out some steam I decided to build a fence around the garden. 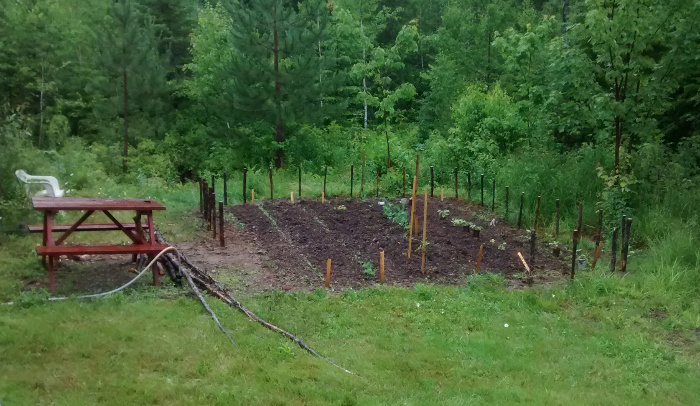 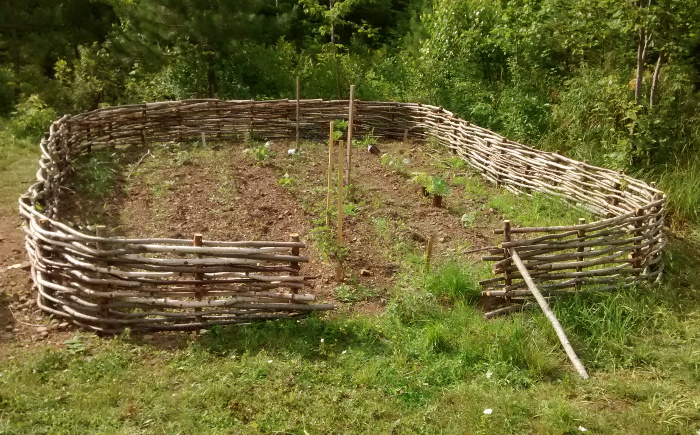 When I got to the gate I didn’t know what to do. I chose to leave the fence open with some kind of entrance made from larger posts. This gave me the occasion to play with metal and build a fence post driver. The result isn’t pretty but it works. Using it makes for a great workout because that thing weights a ton. 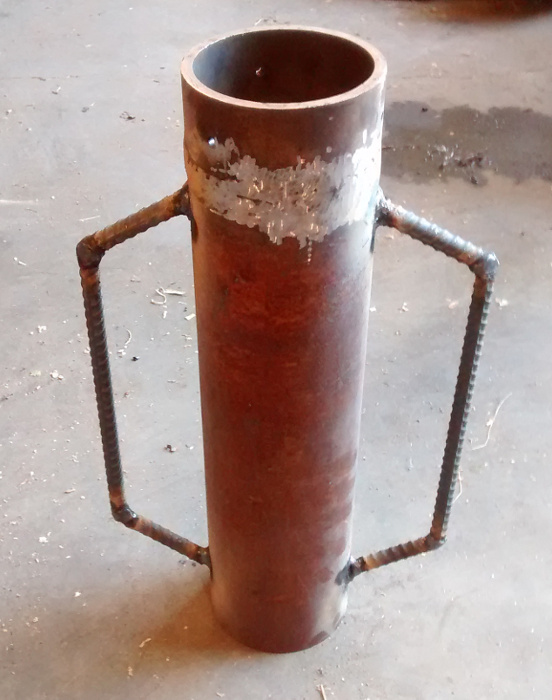 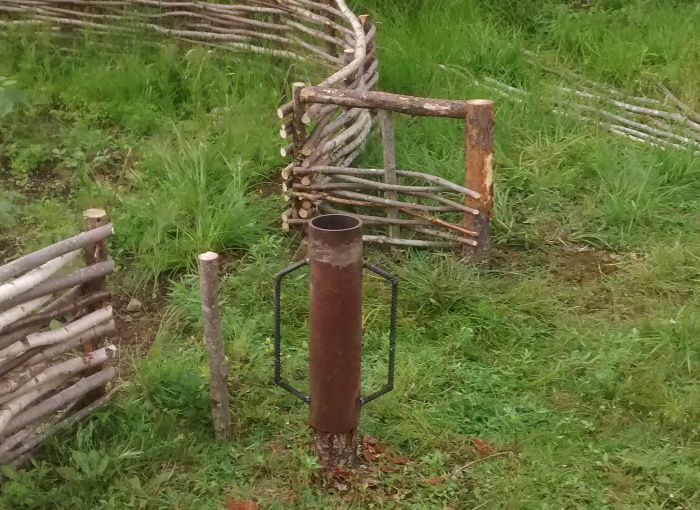 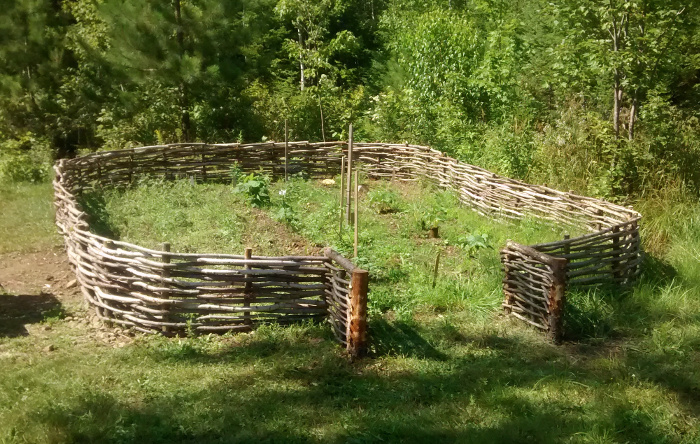 The fence is kind of neat, the harvest was a disaster. A handful of beans and maybe 5 small leaves from a single plant of kale (which was planted in a pot inside the old greenhouse). That’s it! On the bright side, those kale leaves were the best I had ever tasted. My second lesson: dirt is not soil.

Some years ago I grew plants in perlite and fed them powder dissolved in water. I knew that my garden’s soil was poor, I had planned on using that leftover powder to feed it. It would probably have worked if I was in perlite. Unfortunately the garden never got to the point where it needed food. After a couple of sun/rain cycles that nice, fluffy, freshly tilled dirt turned into a hard crust that choked everything (except weeds).

I realized that soil isn’t just about plant food, it’s also about texture. And that makes sense in retrospect. Planting in that dirt was a bit like sleeping on the floor… it will do but next morning is going to be a bitch.

Dirt was not the only problem. Some days I’d find seedlings lying on the round with their stem neatly cut close to the ground. My farmer friend told me cutworms were enjoying my kale. So I dug around and sure enough I got me some worms. That’s how I met my first “pest”.

All in all I had lots of fun and wanted more. On the down side, winter now seems to stretch on forever. 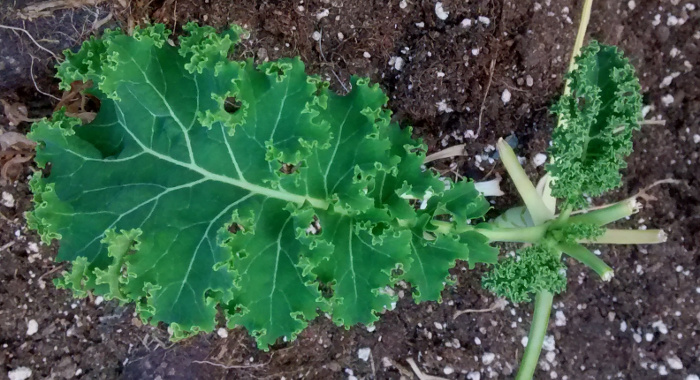 Next: The Second Year